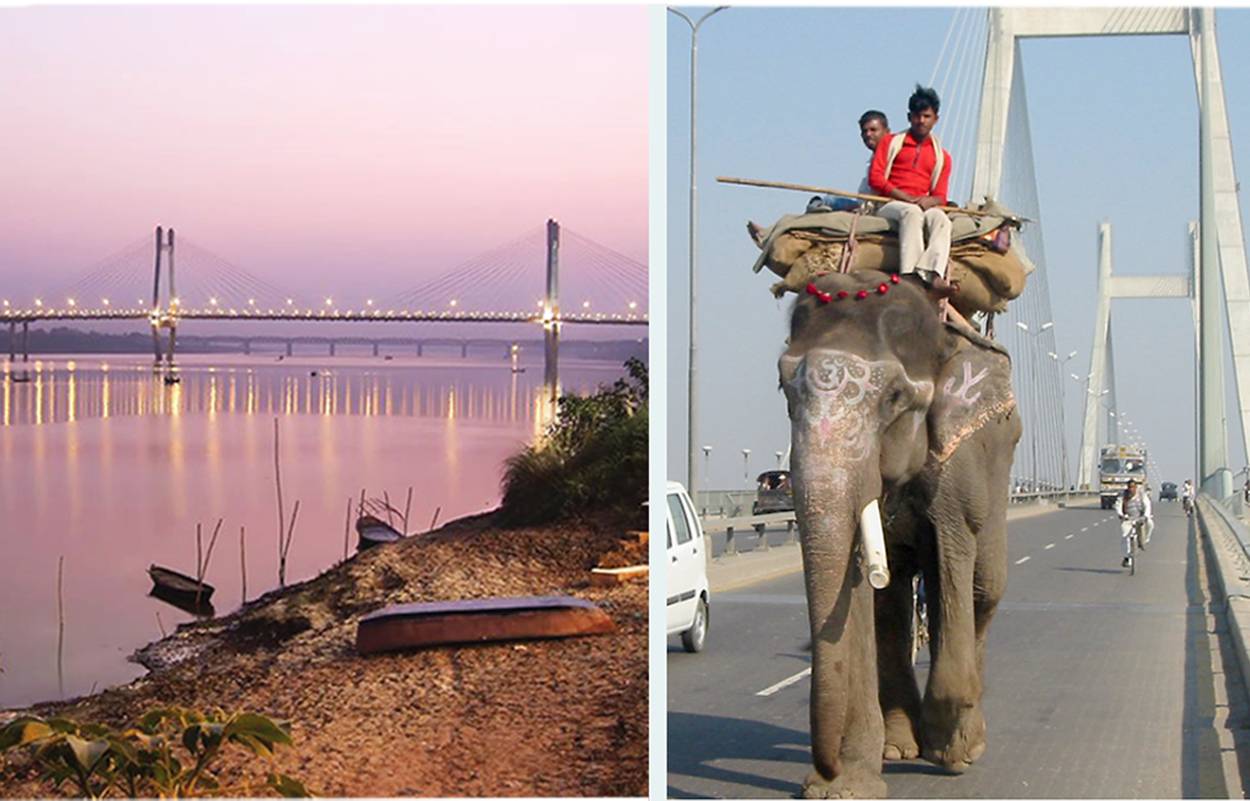 In 2012 the international consultancy company COWI was asked to propose a solution for a low-cost structural health monitoring system (SHMS) for the Naini Bridge. The elegant cable-stayed bridge connects the cities of Allahabad and Naini across the Yamuna River in the Uttar Pradah region.

Originally designed by COWI engineers, the bridge had already been in operation for eight years. Says Ken Grønne Andersen, monitoring specialist at COWI: “This bridge must endure extreme heat waves and heavy traffic loads. The National Highway Agency of India (NHAI) was very foreseeing to request a system that ensured its continued optimal performance. This initiative was well in tune with NHAI’s strategy for operation, and especially maintenance of the bridge. Parameters to be monitored included longitudinal movements of the pylons and structural performance of critical bridge joints as well as traffic loads in order to assess the frequency and potential consequences of overload.”

A vital part of the SHMS solution is a robust Sigicom system, comprising several outdoor contact extensometers connected to an INFRA Master data logger unit. This system, post-installed in 2012, was an upgraded version of the original installation that had been part of the original bridge design.

Apart from the annual site inspections and planned maintenance, including cleaning of the sensors, the system itself was completely unattended.

The low-cost structural health monitoring system fulfilled its purpose by providing valuable data for NHAI, and thereby supporting operation and maintenance of the bridge.

In more general terms we see a great need for, and value in, post-installed monitoring systems. Beyond system intelligence and cost-efficiency they need to be robust enough to be applied in remote locations without compromising the high-quality data output, says Ken Grønne Andersen.